Recently I recorded a number of screencasts for TaskSift. If you're new to creating screencasts, like I was, you may find the following notes helpful.

It proved impossible for me to record a screencast in one take. I was unable to read (or memorize) the whole script, and click on all the right buttons in the proper order, and end up with a coherent result, all this in parallel and in real-time.

After some experimenting I ended up doing the following:

I started by writing down what I wanted to say. This proved to have several benefits:

Then I created stills i.e. images of everything I wanted to show by taking screenshots. Using stills versus actual screen recordings might come across as slightly "boring" but—for me at least—there was no other way of doing it. I hope, but I may be wrong here, that the end result enables the viewer to focus on the audio while soaking in the info presented by the stills.

Making screenshots is a time-consuming process because you have to prepare meaningful test data and reset it to its initial state each time you redo some of the screenshots. Scripted test data can help a lot!

Next up, recording the audio track:

If you're going to record multiple screencasts it's important to use the exact same audio levels for each recording. Also, make sure the distance to your mic stays more or less the same.

Once the base material was ready I sat down to edit the actual videos using DaVinci Resolve. I am using the free version which is available for Win/Mac/Linux. DaVinci Resolve is amazing but be prepared to spend an evening watching tutorials on YouTube to get the hang of it.

After some false starts I found this flow to work well:

I had to replay each two-minute video maybe ten times, every time making slight adjustments to the timing of scenes. Since every sentence I recorded corresponds to at least one screenshot and vice versa the editing process was easy and took less than an hour per video. With every new screencast I got better at it, perhaps cutting it down to 45 minutes. 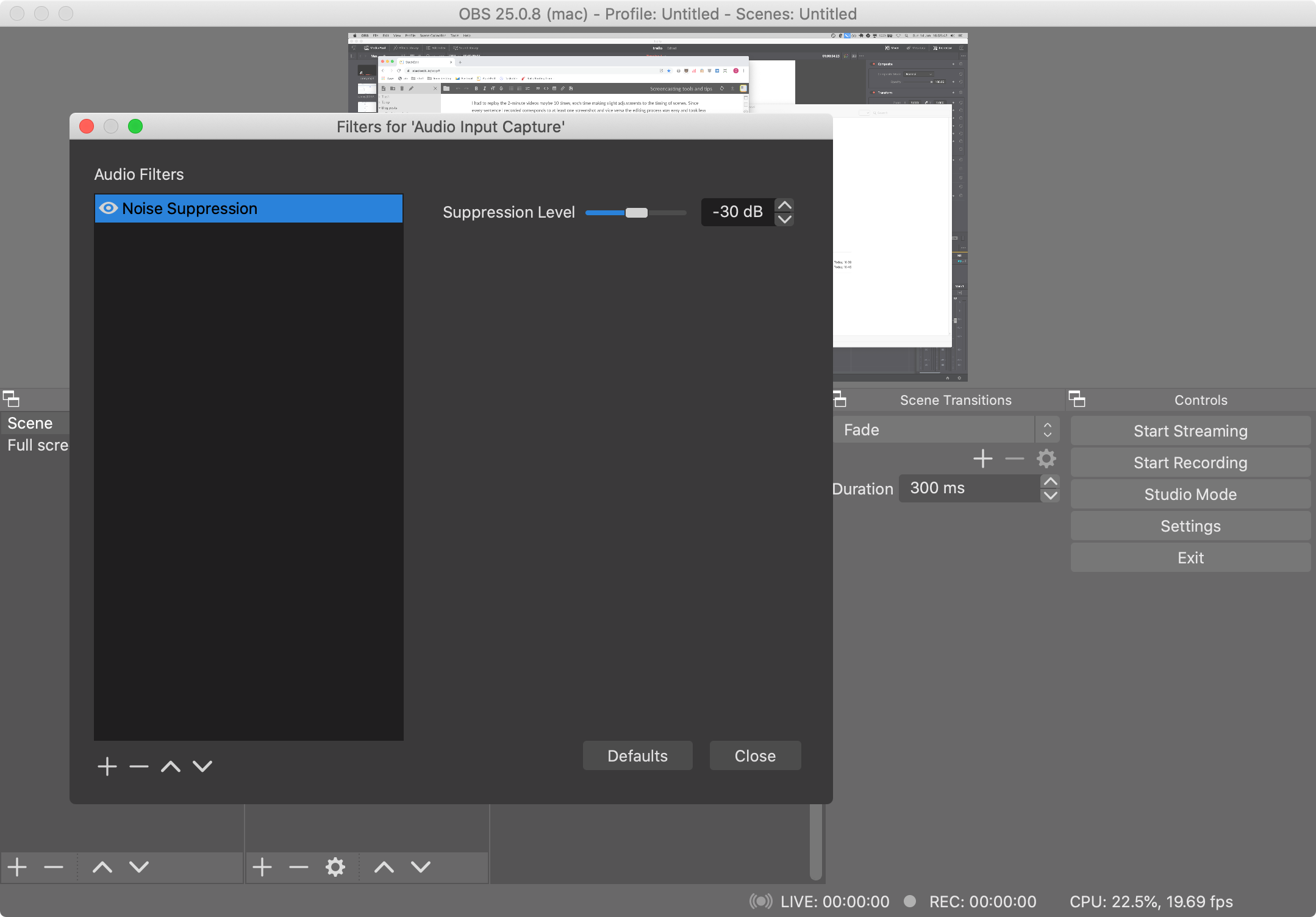 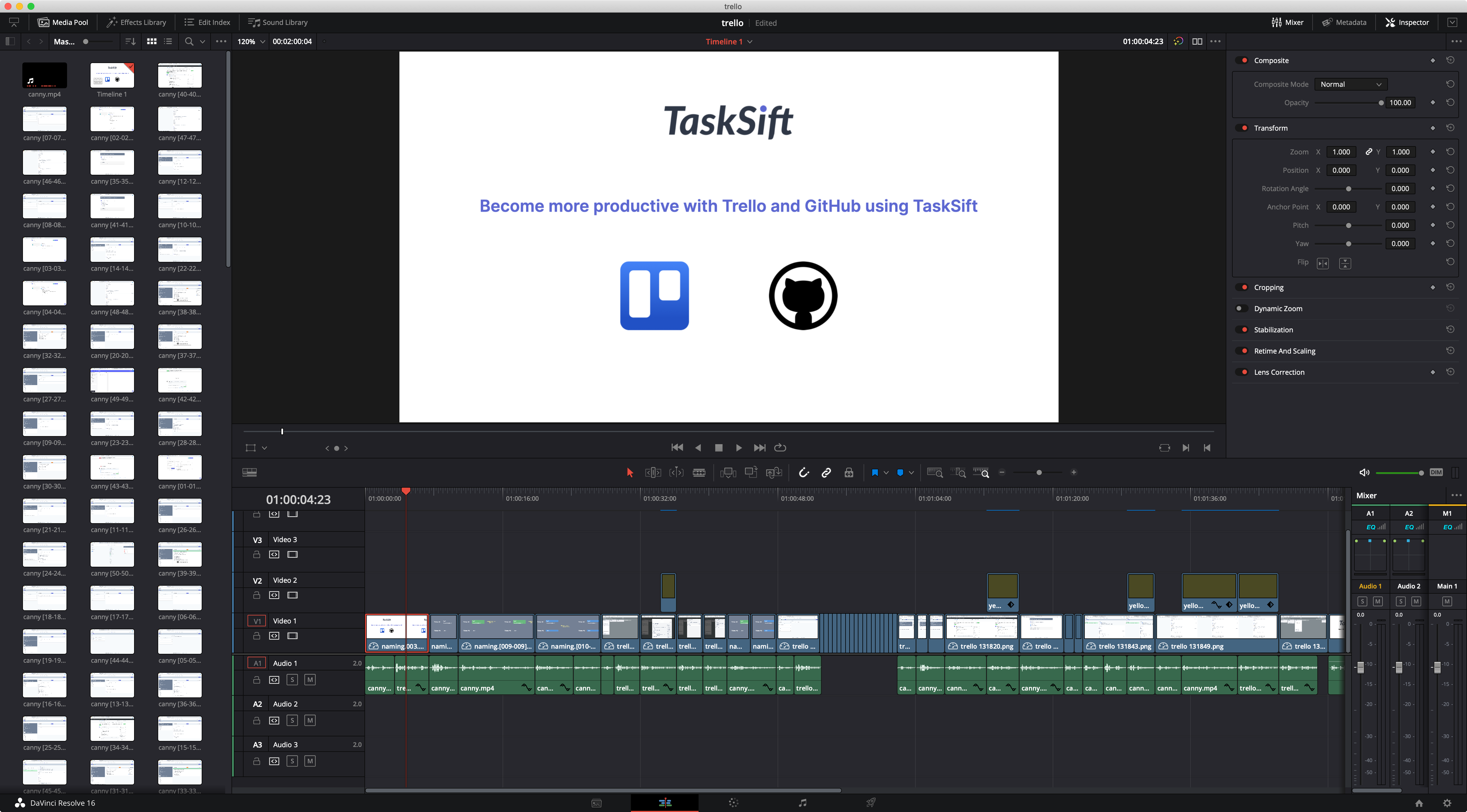 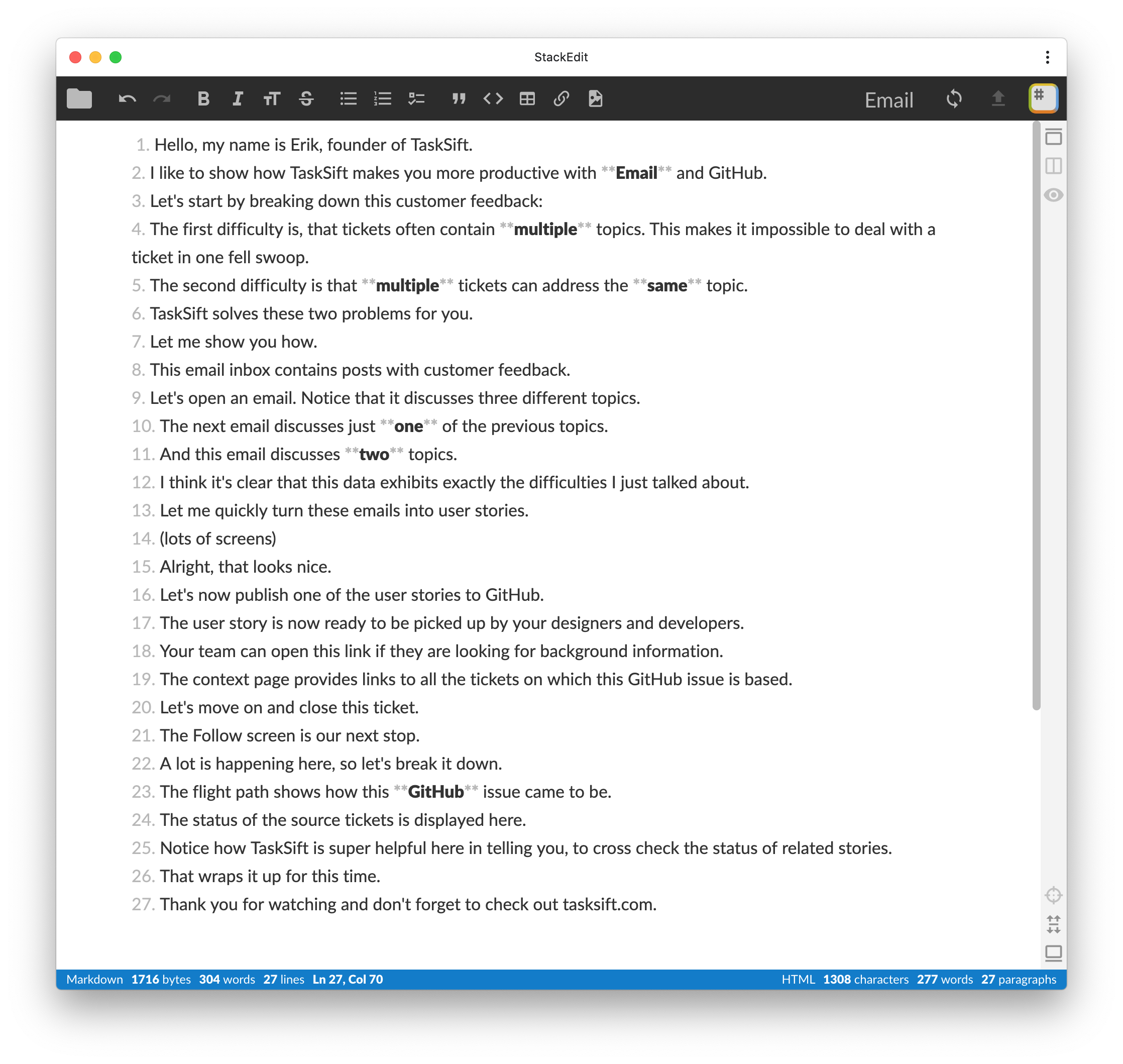 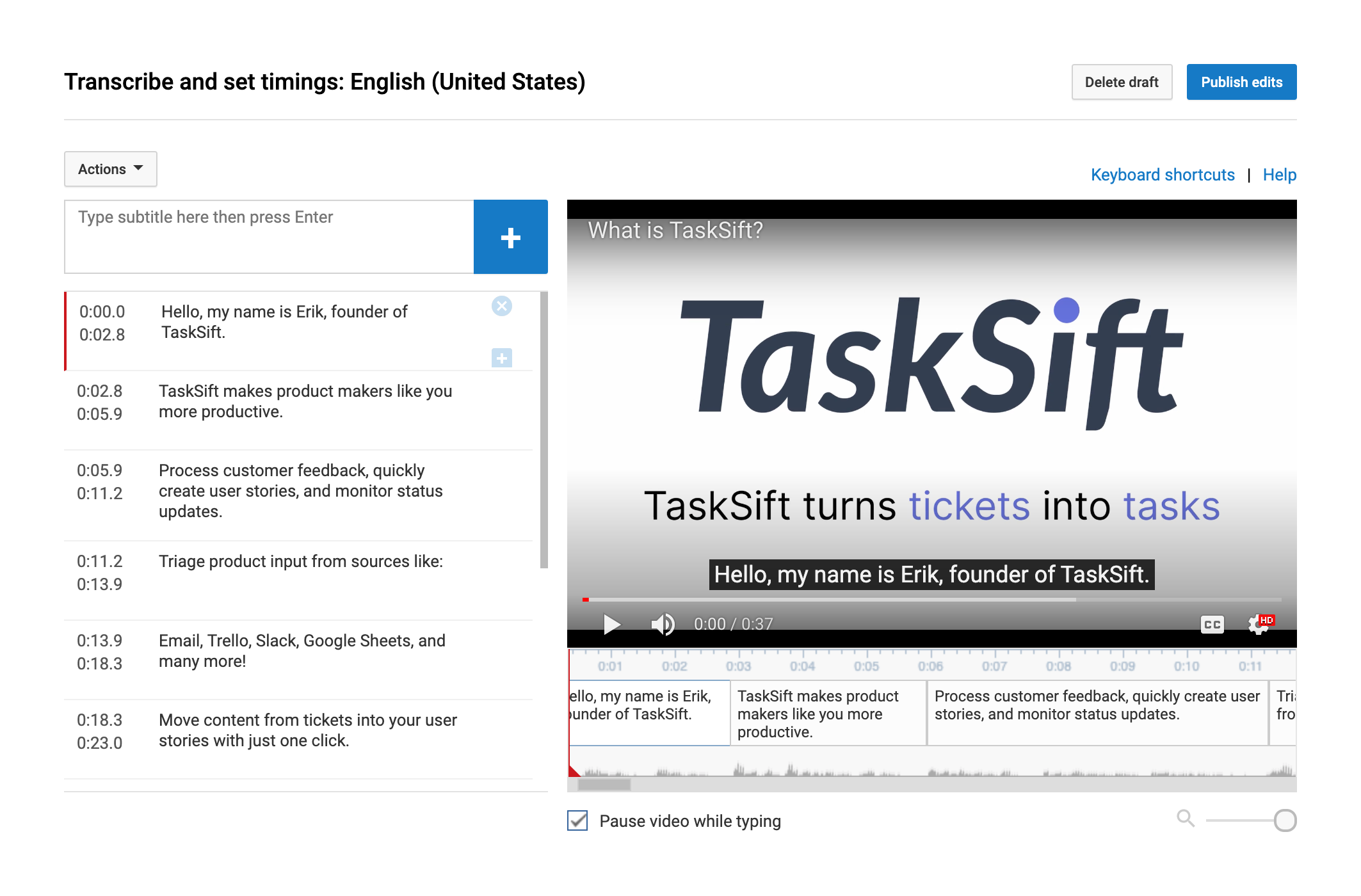