Teenage Dreams About the Future

As a teenager I was hoping and dreaming about a future full of exciting technology. A while ago I ran into a couple of drawings I made in 1983. The drawings show the technology I was hoping for would become reality. To place the drawings in perspective: I was 15 years old at that time, and my only experience with a computer at that time was a Commodore PET.

A quick recap on 1983: Ronald Reagan was the US president, Lotus 1-2-3 was released, the final episode of MASH aired, IBM released the PC XT, the Space Shuttle Challenger was launched on its first flight, a Korean Air Lines plane was shot down in Soviet airspace, a worldwide nuclear war was averted by Stanislav Petrov, US and French army barracks were bombed, and Amy Winehouse was born.

But back to my drawings. I don’t remember what inspired me to create them. It must have been a mix of stuff I learned by reading Byte Magazine and Communications of the ACM (my dad brought these home from his work), and a desire for better computing hardware than what the 80s had to offer.

This is the drawing I like best 36 years later. 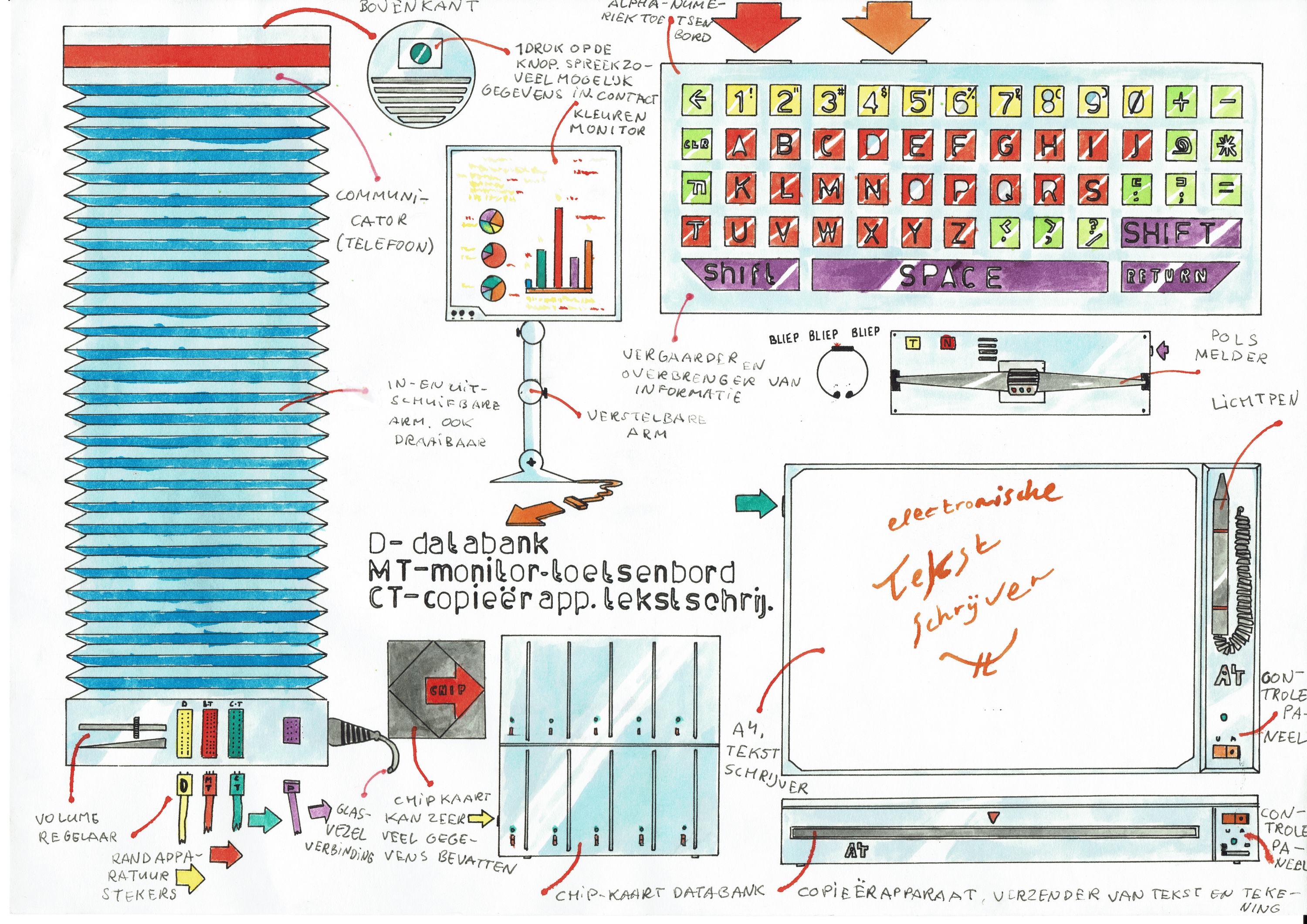 Note: captions are in Dutch

There’s a lot going on so I’ll describe all parts starting from the top left corner going clockwise.

At the left side of the drawing you see this flexible, accordion-like tube. It’s called the “Communicator”. Between brackets it says “telefoon” (phone).

Fun fact: the rural village where I live, located in the north of The Netherlands, will finally get a fiber network in 2020.

To the right of the Communicator you see a color display monitor:

Around 1982 the first, small LCD displays were launched measuring a couple of inches. I must have extrapolated this fact to this larger display I envisioned.

To the right of the display is an odd, colorful keyboard.

Underneath the keyboard you see a digital watch and what is probably a charging station.

I am not a fan of rectangular clock faces for analog watches but I suspect I gave this watch a rectangular face (with rounded corners though) because most electronic watches had this shape in the 80s.

Below the watch is a rather vague apparatus, called the “electronic text writer”.

Apparently I’d envisioned that this device should be capable of transmitting handwritten notes, as well as scanned images and texts. Whether the surface on which you had to “write” using the lightpen also acted as a display of (digital) images is unknown, although the orange handwritten words “electronic text writer” seem to hint at a digital display and not only a lightpen-sensitive surface.

To the left of the text writer you see the “databank”:

I also drew the Communicator device in “rainbow colors”: 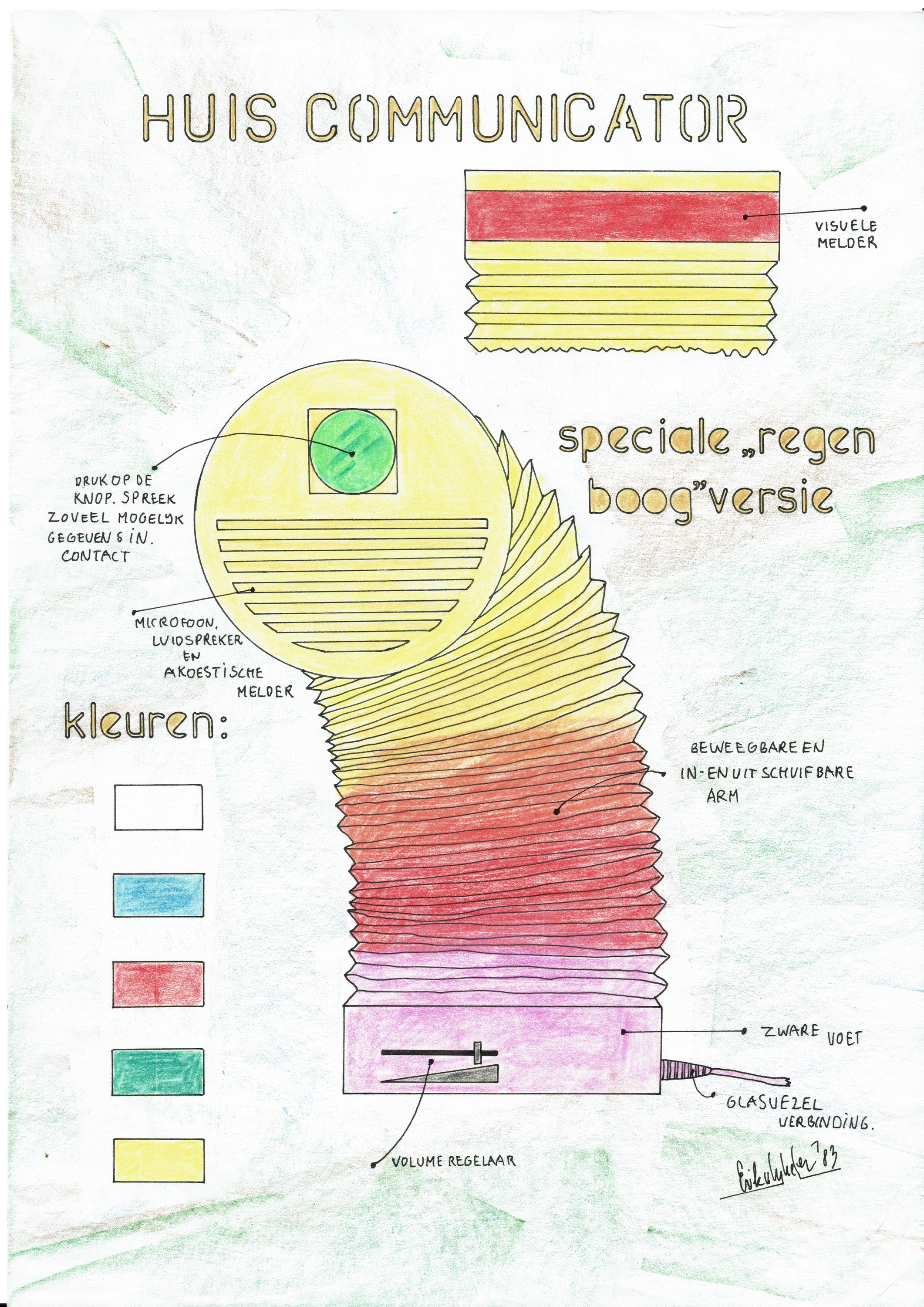 I am glad I saved these drawings because it’s fun to see everything I dreamt of became reality, sort of.