Last week I picked up my Tesla Model S P85 in The Netherlands.

I wanted to give the car a real good spin so I decided to make a trip to France. Instead of beelining directly from Amsterdam to our house in France (via Antwerp and Paris) I chose to make use of the Superchargers in Germany and Switzerland instead. The length of the trip was about 1500 km.

The car is an absolute joy to drive. It’s fast, it has fantastic handling and it has an Apple-like quality both in user-friendliness and esthetics.

I charged at five Superchargers: Zevenaar (NL), Wilnsdorf (DE), Bad Rappenau (DE), Aichstetten (DE), and Lully (CH). Due to the length of the trip I charged to 80% at the first four stops and to 100% at the last stop. I needed a full charge for the last leg of the trip because I had to cross the Alps. I arrived at our home with about 90 km left in the batteries.

I did one more charge in Winterthur (near Zürich), partly because the distance between Aichstetten (DE) and Lully (CH) is 410 km (with steep hills here and there), but also because I took a nap in Zürich. I chose a hotel (Marriott) because it offered a charging station in their parking garage. Unfortunately none of my charging cables/connectors fit in the available sockets. In the morning I drove to several parking garages, to no avail (all using different connectors). I ended up driving to a Tesla Service Center in Winterthur where a fantastic crew of extremely nice people assisted me with charging, coffee and a place to work on my laptop. Thank you! 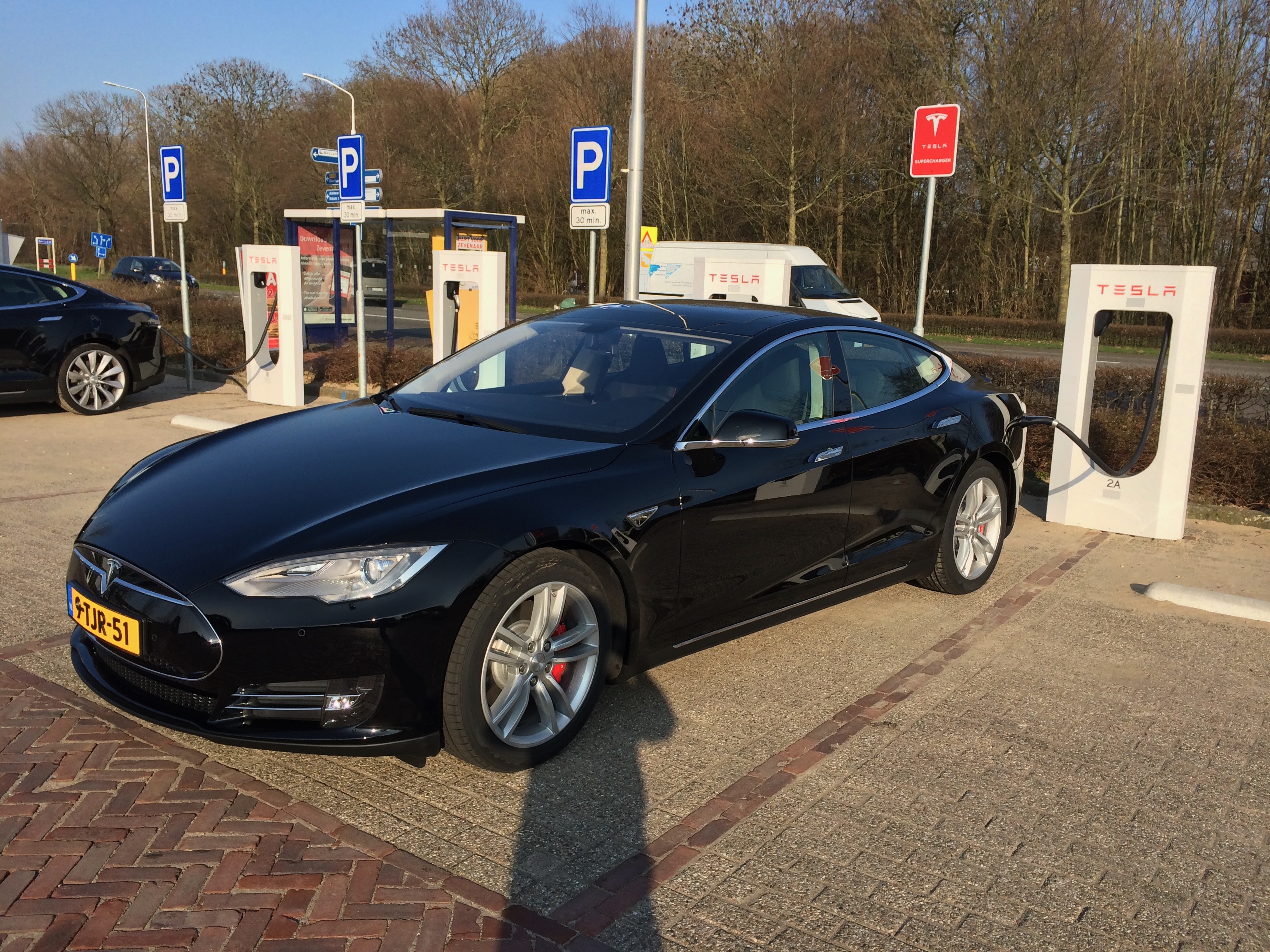 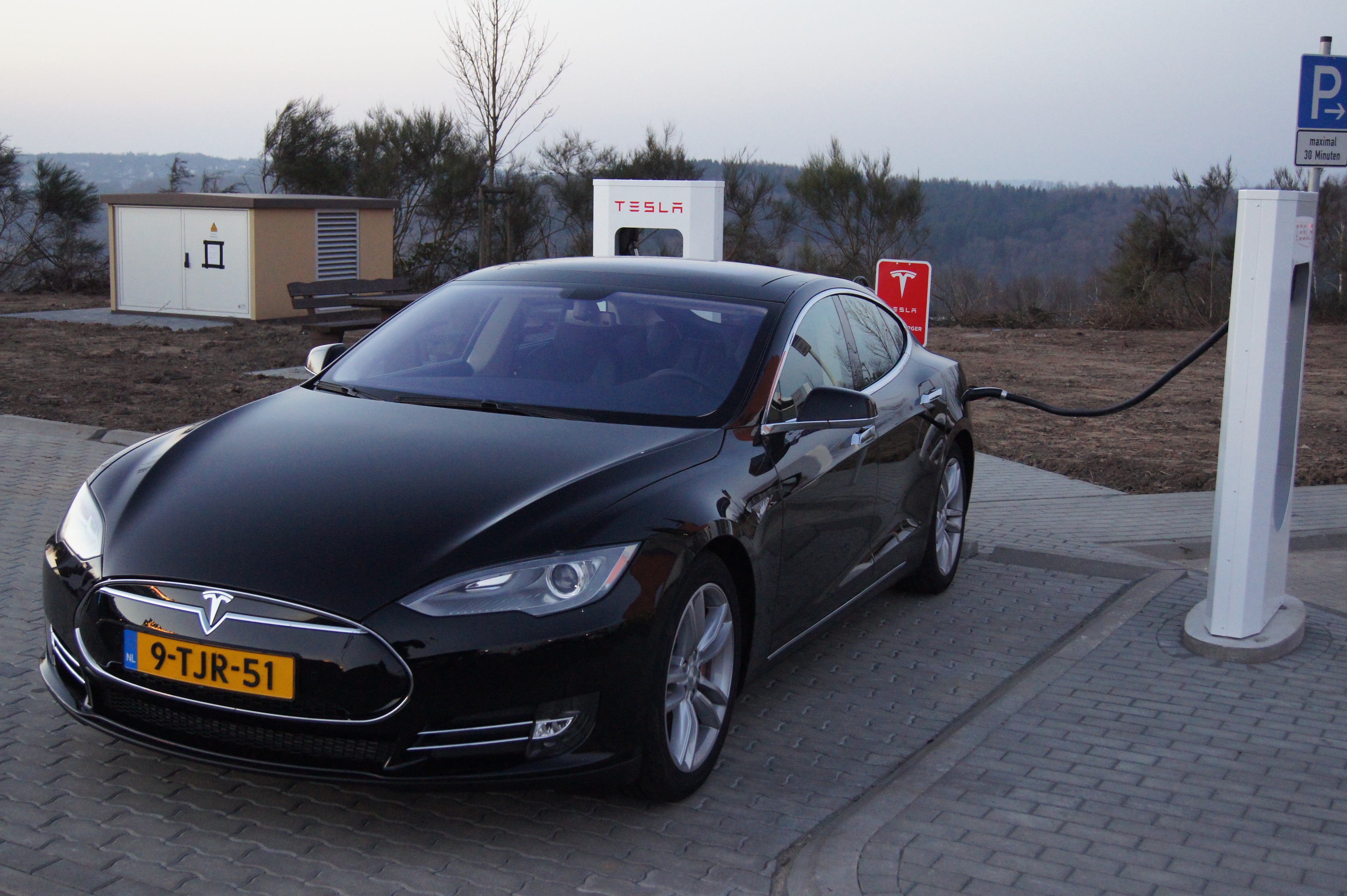 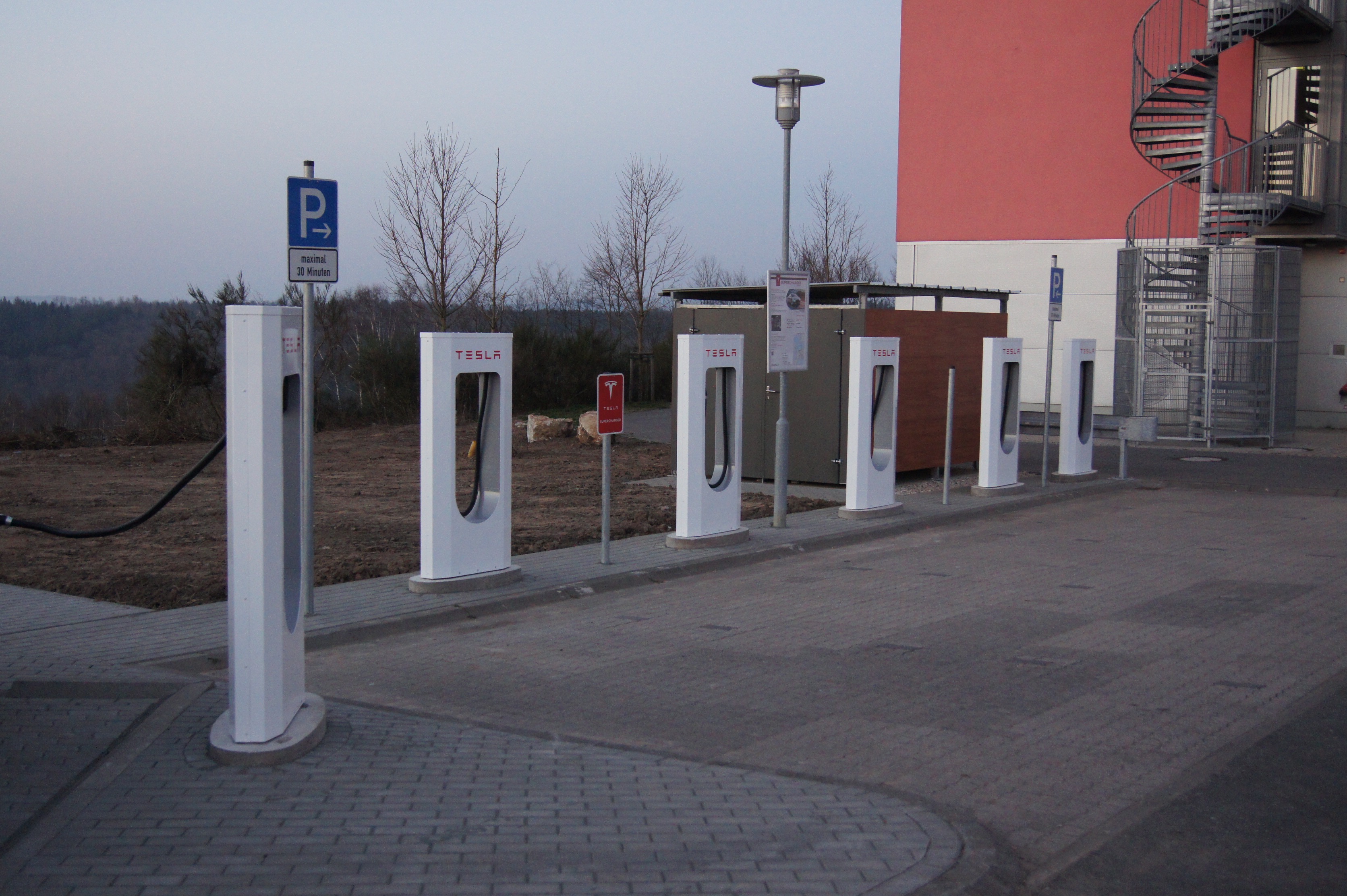 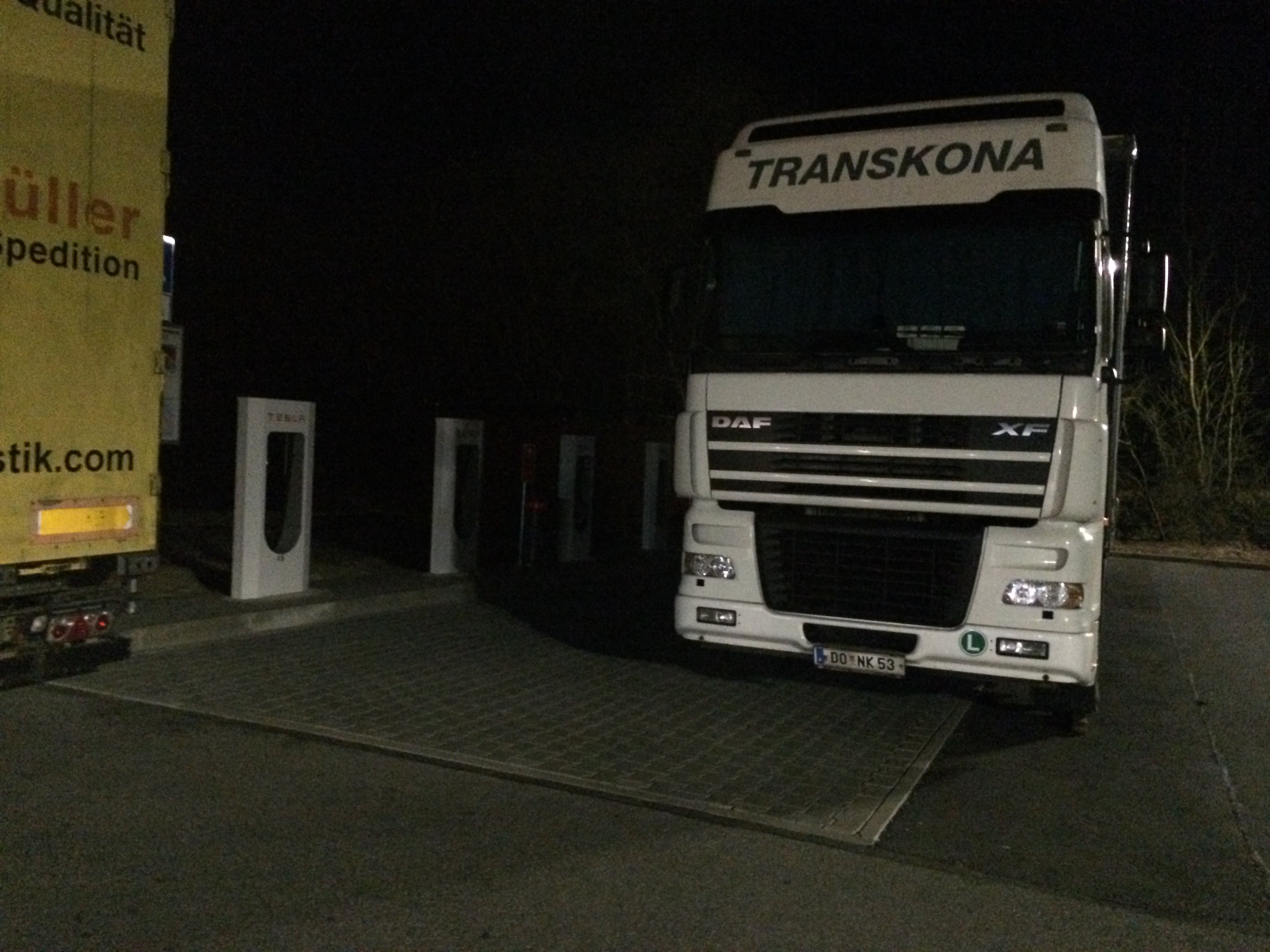 Confused truck driver in Aichstetten (DE). I was able to shoehorn the car between the chargers and the trucks. 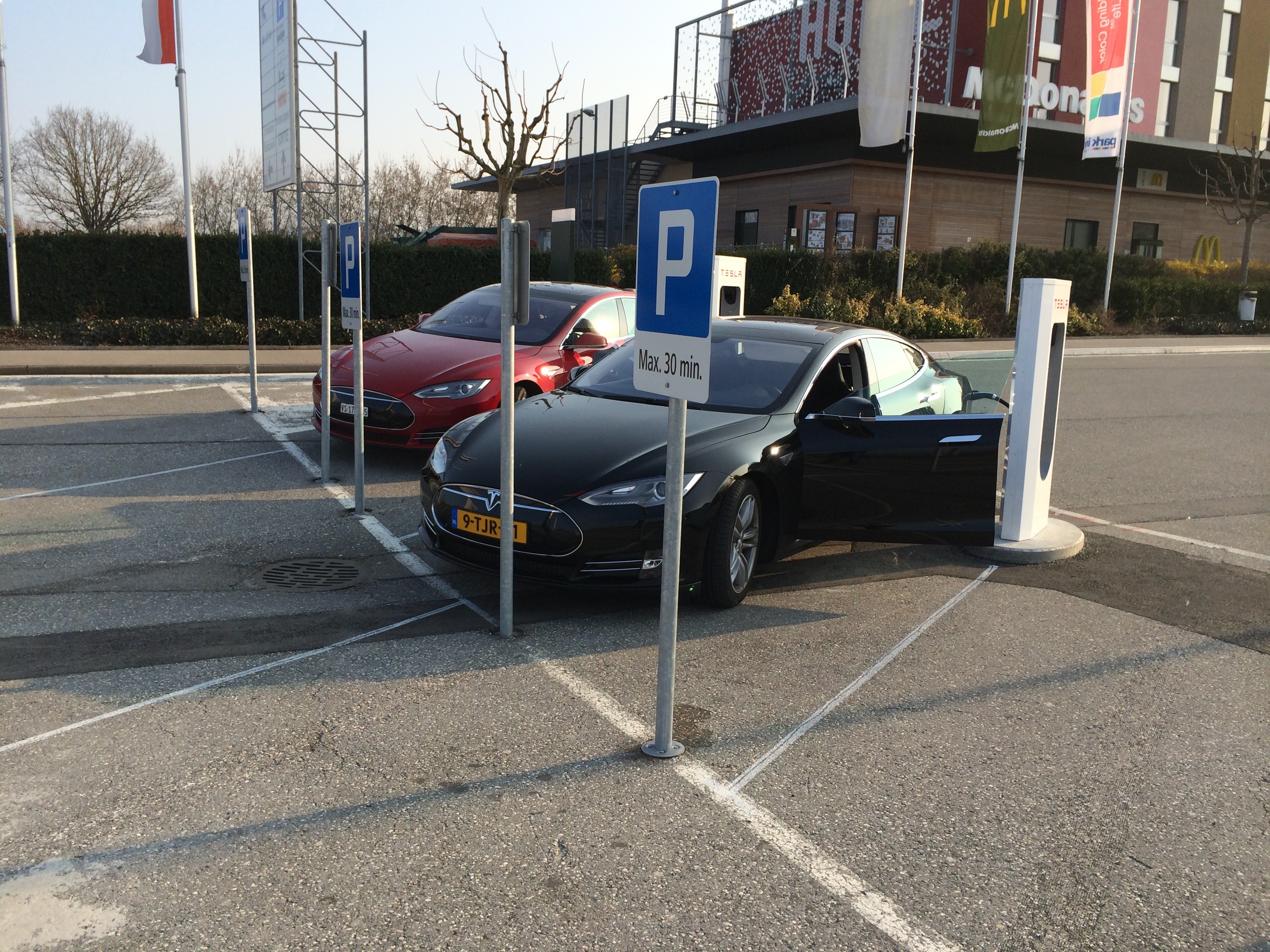 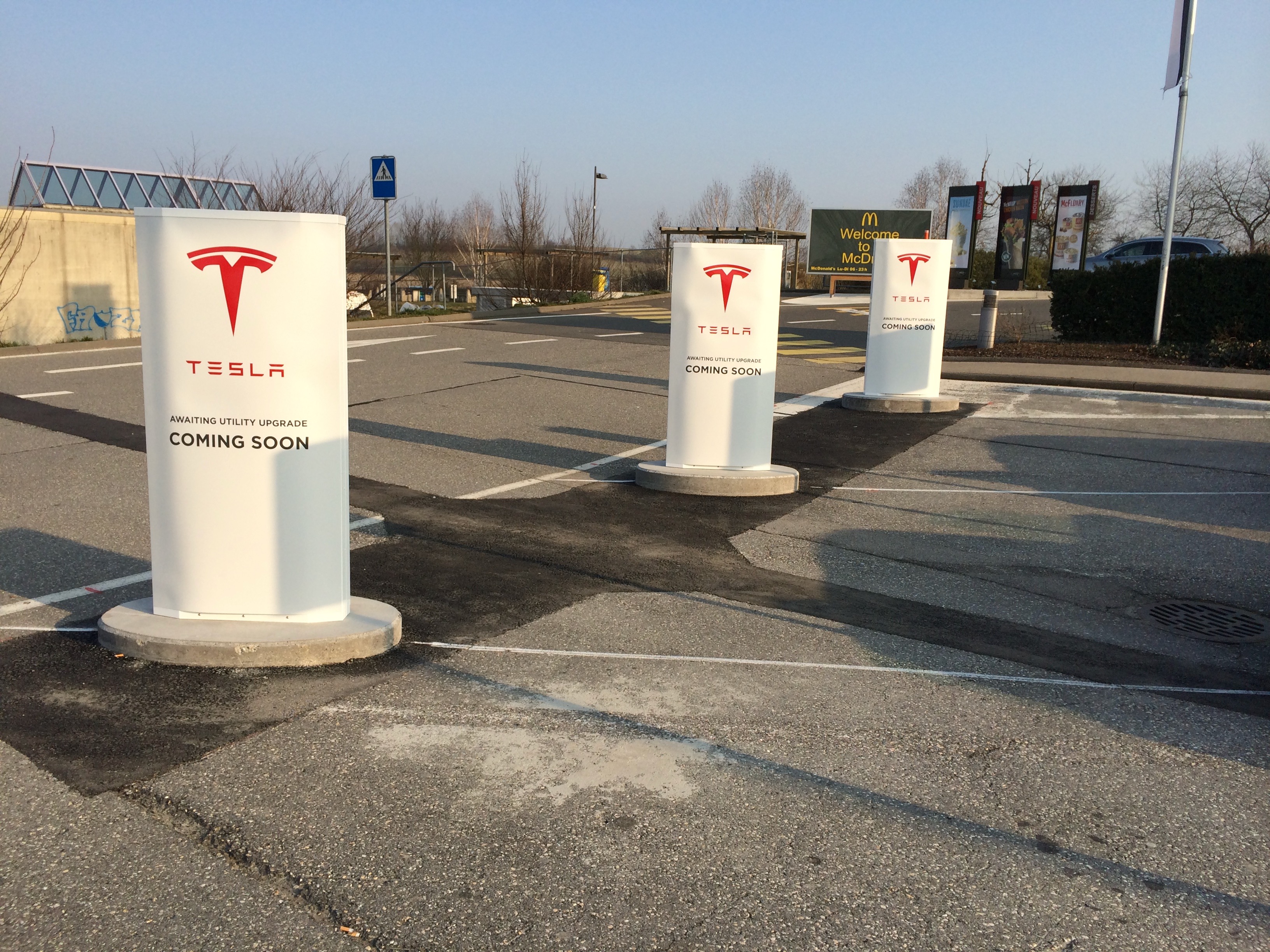 Additional charging stations are being built in Lully. 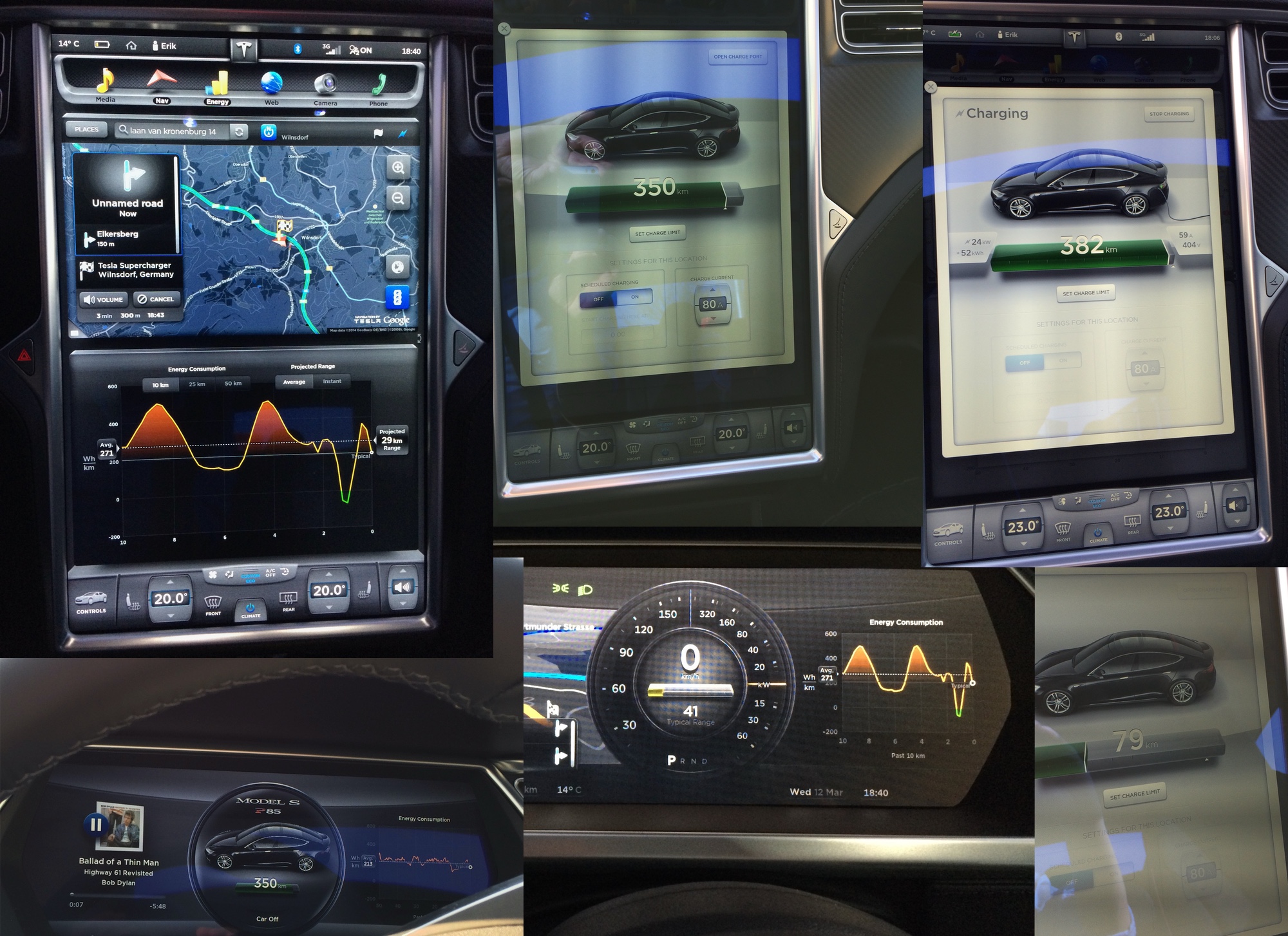 It was a fantastic trip. I really hope Tesla is going to install Superchargers alongside the French highways soon. They should be open by the end of 2014, see http://www.teslamotors.com/fr_FR/supercharger.

[Update] There’s a thread on the Tesla forum about this blog post.